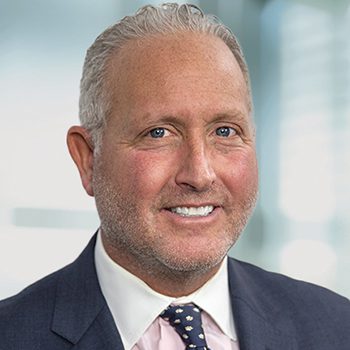 Neil Bader is a nationally recognized mortgage executive with almost 35 years of experience in the industry. Neil has appeared as a mortgage expert on a wide variety of shows including CNBC, Bloomberg, the Today Show, ABC World News Tonight, and CNN, and has been cited in hundreds of articles and publications. As the former Chief Executive Officer of the nation’s largest mortgage brokerage company, Crain’s NY Business named him one of New York “rising stars” in their special 40 under 40 publication.

After building some of the most successful mortgage platforms in the country, Neil leads the sales team in the Northeast which includes the bankers in New York, New Jersey and all of New England. Neil also oversees the banks Corporate Affinity program.

A Manhattan native, Neil grew up on the Upper East Side where he continues to live with his family. He attended the Allen Stevenson School and Riverdale Country School before matriculating at The American College of Switzerland and graduating from the University of Rochester. Neil is a former board member and Vice Chairman of Habitat for Humanity NY, where he was actively involved in supporting the mission of affordable housing in this country and abroad. He is proficient in Spanish, and Portuguese, with a working knowledge of French and Italian.