What does it mean when the Fed has negative rates? 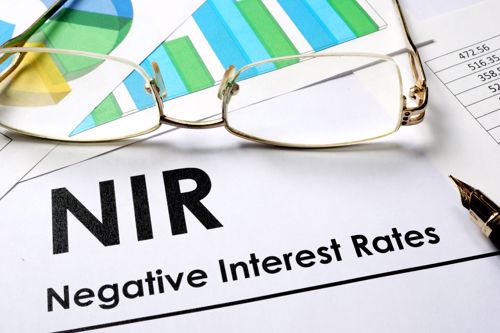 Throughout the year, economists and market analysts have been speculating about the potential for the Federal Reserve to take extraordinary steps in the face of the COVID-19 pandemic. Similar discussions have been taking place regarding the Bank of England as well. One such suggestion that has gained traction has been for the Fed (and, across the pond, the BoE) to set negative interest rates.

At first glance, a negative interest rate might seem counterintuitive or even just flat-out impossible, but this unconventional financial tool actually does exist.

Let's examine how a negative interest rate operates, and how it impacts the economy, including consumers, small-business owners and those saving for retirement.

The concept of a negative interest rate is a relatively recent phenomenon, first appearing in different parts of Europe following the 2008 global financial crisis.

In the U.S., the Federal Reserve can establish a negative interest rate in one of two different ways. The first allows the yield for bonds and Treasury securities to go negative. The other involves the federal funds rate, the Federal Open Market Committee's (FOMC) target interest rate at which commercial banks borrow and lend their excess reserves to other banks overnight.

When the Fed raises its rates, taking out a loan costs more, and when it lowers the rate, it becomes less expensive to take a loan. The underlying purpose of raising or lowering the rate is to maintain stable economic growth.

Currently, the Fed has not set a negative interest rate, although the target rate sits at 0-0.25%, as low as it possibly can go without turning negative.

What negative interest rates mean for the economy and consumers

While this might not seem relevant to the average person, a negative interest rate may have consequences that impact consumers, small-business owners and those saving for retirement.

If the Fed set a negative interest rate, banks holding money in Federal Reserve accounts would be charged a fee. These banks would transfer the policy rate on consumer products, like loans or mortgages.

Setting its federal funds rate in negative territory would mean that, theoretically, customers will have to pay a bank to hold onto their money, instead of the bank paying interest on a savings account or a certificate of deposit (CD). Conversely, taking out a loan to buy a home or a car would entail these customers to earn some money with negative rates instead of having to pay interest on the loan.

Ideally, economists and market analysts believe, a negative interest rate can incentivize greater borrowing and spending that would increase inflation to a target range. The idea being that borrowing money itself creates a profit, and banks would be more willing to lend, otherwise they'd have to pay for holding the money with the Fed.

For now, a negative interest rate for the federal funds rate is not a reality and looks unlikely for the U.S. economy. But with the rate currently sitting at zero, the Fed has little room to maneuver if it needs to do something drastic to maintain economic stability.

Reach out to The Federal Savings Bank today to learn more about negative interest rates.