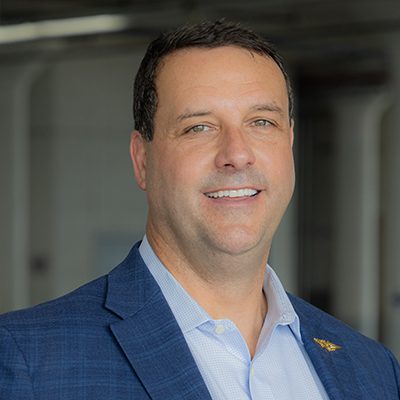 Michael Crossett has worked at The Federal Savings Bank since 2012 as an Executive Vice President, when he became one of the two youngest partners in the history of the company. He has since then successfully led the retail and Home Equity Conversion Mortgage (HECM) divisions nationwide.

Michael strives to inspire his team by providing his full support in day-to-day operations. Whether it is an employee new to the industry or a seasoned newcomer, he strongly and passionately believes he can help them grow and attain their full potential while working with him.

Prior to joining The Federal Savings Bank, he worked as a Mortgage Banker at Chicago Bancorp and had an incredible performance as a top producer for both loan origination and loan quality.

Michael graduated from the United States Military Academy at West Point with a degree in Systems Engineering and was a 4-year Varsity Lacrosse letterman. After being commissioned as an Army Officer, Michael graduated from the U.S. Army Aviation Flight School, Airborne School, and Pathfinder School. During his 9-year Army career, Michael served in Army Aviation primarily flying the AH-1 Cobra and AH-64 Apache Attack Helicopters. He finished his Army service as an Apache Helicopter Headquarters Company Commander and was selected for early promotion to Major, an honor bestowed to only the top 3% of his peers.

Originally from Syracuse, New York, Michael currently resides in Naperville, with his amazing wife, two beautiful daughters, and a lovely goldendoodle. In his spare time, he enjoys reading, boating, golfing, exercising, and investing in real estate.