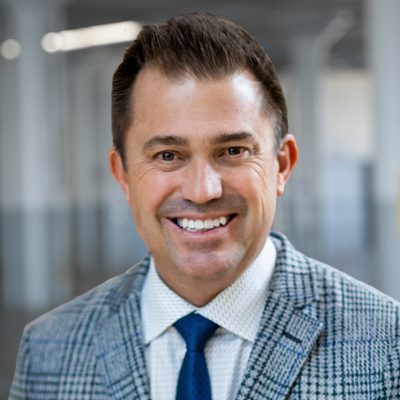 Bernie P. Miller II is an Executive Vice President at The Federal Savings Bank and was a founding partner of the bank in 2012. He runs Region 2, which encompasses all retail loan origination in Chicago and the Midwest. Bernie’s team has helped thousands of families finance their dream home over the last years and has developed countless young employees into lenders and operations leaders in the industry. His current focus is to develop young people as well as established lenders and leaders, helping them achieve their highest business potential while maintaining a healthy life balance.

He is an energetic, results-driven, and successful leader. Bernie’s mentorship and coaching program sets his leadership style apart from other mortgage executives, due to his own experience as a loan officer. His division started the Mortgage Banker University program in 2017, which has grown and graduated many top producers. He strives to identify and develop talented loan originators and teams who possess a similar passion for the business and who are looking for proven leadership and an operational platform to help them grow.

He graduated from the United States Military Academy at West Point, NY in 1992. After being commissioned as an Army Officer, he graduated from the U.S. Army aviation flight school in 1993, and served as a Cav/Scout helicopter pilot, primarily flying the OH-58D “Kiowa Warrior”. He served in several Cavalry units during his 9-year career, earning several distinctions, including 2 Meritorious Service Medals, the Order of St. Michael, and the Senior Aviator Badge.

Bernie and the team stay very active with many charitable organizations. He is an active member with the National Association of Hispanic Real Estate Professionals (NAHREP), where he is a long time Platinum member and part of the Midwest Region Board of Governors. He is also a NAHREP 10 certified trainer and was recognized by the organization as the NAHREP 10 Certified Trainer of the Year in 2021. In the veteran space, he is a past board member at Bunker Labs, and is a consistent contributor to Wear Blue: Run to Remember. Him and his wife Tammy also volunteer at the Archdiocese of Chicago and teach Pre-Cana classes to Catholic couples.

Bernie grew up in Denver, Colorado, and has lived in the Chicago area since the early 2000’s. Him and Tammy are blessed to work together, and their 5 children certainly keep them busy outside of work. In his free time, he enjoys traveling with his family, consistent date nights with his bride, and fishing and golfing when time permits.