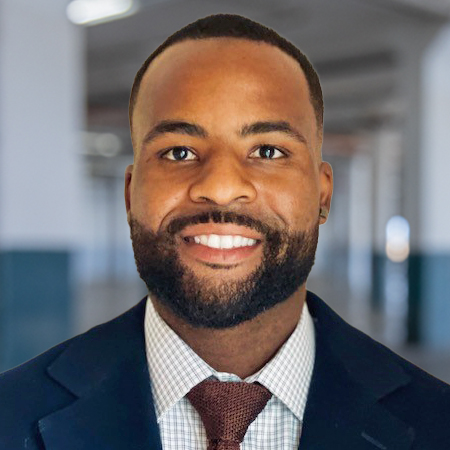 Justin Brooks graduated from the University of Alabama Birmingham where he earned a degree in Communications and a minor in Coaching. After obtaining his degree he began an impermanent career as a professional athlete.

After sports, Justin segued into his career mortgage lending and financial services.  Since moving to Scottsdale in 2016 he has spent several years as a loan officer helping home buyers with down payment assistance and refinancing programs.  Through banking with various companies, Justin has continued to earn superior praises for his peers for his performance. His affable personality and extensive knowledge of lending guidelines enables him to effectively simplify the home buying and refinance processes.

Outside of work Justin keeps busy with his 3-year-old daughters extracurricular swim and dance classes. In his free time, he enjoys mentoring to young student athletes and training as he once did as an athlete. The most traditional of his hobbies is making his family recipe of southern mac n’ cheese for others.

My husband and I write this letter to express our gratitude to you and for your hard work. You have gone above and beyond to make it happen. You treated us with respect and courtesy. Your company needs many employees like you because you are a great asset. I will always recommend your company and you to my family and friends.

Justin, this is to thank you for working on refinancing our VA Loan. We had awesome communication from beginning to end. You have qualities of professionalism, speed, and are courteous. Most of all we worked as a team. Without your wisdom we would not be able to accomplish this task. The relationship was an experience and carried out by you working with us and keeping in touch. Others did not accomplish this, but you did. Looking forward to the next phase of IRRL. You have qualities of leadership, and we will recommend others to you. The bond we have now will continue. A broker and friend never got back to us and dropped the ball, but you came into our life and succeeded. Your ability comes across as a caring person. Wow are we lucky we met you.

First of all I would like to say my family and I were really impressed by your commitment to our loan. When I sent you a text, no matter the time, you replied very quickly. You did everything remotely possible to keep me involved and to assure me that we would cross the line in a timely manner. When I started to falter or worry about things out of my control you were there to make sure everything was good and assured me you were fully involved in the process. I think you go above and beyond and that is saying a lot coming for me. I really appreciate your expertise and knowledge when it comes to these cash out refinances. I really was thinking no when the agent called me and then I landed on your doorstep. I feel very fortunate to have worked with you and I know you will have continued success for years to come with the attitude and style you possess. Thank you Justin!